Code Red for Natural Health Industry.
The Bill C-6 Missile has been launched!

Government has just introduced Bill C-6 which is in fact a repackaged Bill C-52. They do not dare re-introduce Bill C 51 because there is too much blood on the table over this Bill thanks to the hard work of thousands of Canadians who understand the importance of having a separate and distinct act for natural health products.

So, if the 2004 onerous NHP drug style regulations are strangling the natural health industry, the government only needs to pass Bill C-6 (former C 52) to accomplish their mission. What exactly is their mission you might ask? Contrary to what politicians may be telling you, Bill C-6 certainly isn't there to increase our access or to increase public safety with regards to natural health products. We have already lost tens of thousands of safe natural health products from health food store shelves. It is evident that our government is marching to the drum beat of the multi-national drug corporations. Bill C-6 is being introduced in the name of public safety, however, it paves the way for our government to have foreign regulations brought in simply under regulation changes without the scrutiny of parliament (we the people), thus eroding our rights and freedoms as sovereign beings.

Schedule 1 of Bill C-6 specifically EXEMPTS both "drugs" and "foods". "Natural Health Products" are not specifically mentioned in Schedule 1. NHPs are treated for regulatory purposes as a sub-category of "drugs"; however, one wonders if the omission from Schedule 1 may be a deliberate semantic loophole? In order to avoid confusion, we must insist that Natural Health Products be specifically named in Schedule 1. Failing to do so, could further jeopardize and eliminate thousands more natural health products.

Bill C-6 gives powers to inspectors to stop the importation or sale of a product and to seize property and documents, based entirely on the inspector's "belief" that a product may be harmful. There is no requirement for the inspector to produce any documented proof nor scientific evidence of harm. There is a requirement to get a warrant if the goods and evidence to be seized are in a personal dwelling; however, such warrant could be issued over the telephone by a judge who would base his decision entirely on the unsubstantiated "belief" of the inspector.

Bill C-6 gives Health Canada the power to levy criminal penalties for what are nothing more than alleged violations of departmental regulations. All a person has to do to commit a "violation" is to contravene a bureaucratic "order". It does not matter if the violation was unintentional, if no one was harmed, if there was no intention to harm, if there was no victim and no crime. Inspectors are also given the right to enforce "on the spot" fines much like parking tickets. Picture this newly formed army of inspectors running around handing out $5000 fines for even minor infractions. All appeals are handled by the Minister as opposed to the Courts. Sounds like the making of a "Kangaroo Court" doesn't it?

These Natural Health Product drug style regulations need to be entirely suspended until we get our own separate and distinct act which no longer threatens the rapid erosion of our supplements industry and the paving of the way for multi national pharmaceutical takeover.

WHAT CAN YOU DO?

Our only permanent defense against the C-6 missile attack is the Charter of Health Freedom. http://www.charterofhealthfreedom.org > Please visit and sign the petitions. 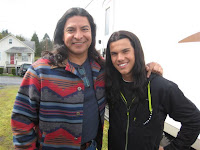